Getting Your Face Back After Mohs Surgery 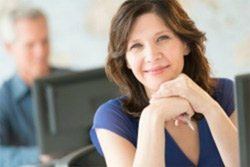 Skin cancer is a scary thing that affects over two million Americans every year. In fact, the American Academy of Dermatology estimates that one in every five Americans will develop skin cancer in their lifetime. The bright side is that if skin cancer is caught early enough, most of the time it can be treated and cured by a simple removal of the cancerous tissue. A technique known as Mohs surgery is commonly utilized by dermatologists for the excision. This technique can also leave patients with scars or depressions in their skin, which will be especially disfiguring if used on a patient’s face. By using facial reconstruction techniques, a plastic surgeon can restore a patient’s normal face or prevent disfiguring from occurring at all.

Melanoma, on the other hand, is the most serious type of skin cancer. It is very aggressive and can spread through your entire body. Melanomas can also be removed as a method of treating the cancer, but this method is only effective if caught early.

Most skin cancers make their first appearance as a lesion, or a change in the normal skin tissue. The lesions are precancerous and can be removed using several kinds of techniques, including excision, freezing, and scraping/cauterizing. If the lesions have become cancerous and have started to spread, then the Mohs technique is used before it can spread too far.

Named for the doctor who created it, Mohs surgery is a method used by dermatologists to remove layers of skin and assess them for cancer. The dermatologist uses a scalpel to carefully remove thin layers at a time and then looks at them to determine if cancer is present. If it is present, they remove a second layer, and so on until they are sure that they have removed all the cancerous layers. This procedure also involves a careful mapping of the spread of the cancer so that all of the affected areas can be treated. The dermatologist will also usually remove one to three millimeters of healthy skin tissue, just to be absolutely sure that they have removed all the cancer.

Because Mohs involves removing layers of skin and mapping out the cancer path, patients who undergo this surgery can be left with large patches of excised skin. When this skin heals, it will have scarring and may even leave a noticeable depression in the skin surface. Facial reconstruction by a facial plastic surgeon can be used to improve these results on a patient’s face, or prevent them from developing in the first place by performing the reconstruction immediately after Mohs surgery is complete.

A facial plastic surgeon has two major ways of reconstructing a Mohs patient’s face: skin flaps and skin grafts. Skin flaps are used most often and are most effective on smaller areas. The surgeon essentially uses the extra skin tissue and lifts it, or “flaps it”, over the area of skin removal, then uses sutures to secure it in place while it heals.

Skin grafts are used on larger areas. The graft is harvested from an area with similar skin tone and texture and usually from an inconspicuous location, such as behind the ear. This procedure is more delicate and requires a great deal of skill and artistry in the surgeon. The goal is to make a patient appear as though they never had their skin excised, not to broadcast to the world that they had major surgery. While perfection is not always possible, a good surgeon will be able to reconstruct a patient’s face with very minimal scarring or barely noticeable changes.

If you’ve had or will have skin cancer removed through Mohs surgery and are interested in facial reconstruction, contact our office in Scottsdale, AZ, at (480) 418-6415 to schedule an initial consultation. Dr. Todd Hobgood is a highly skilled facial plastic surgeon who specializes in many surgical and nonsurgical procedures and has a high rate of satisfaction among his patients.

With Arizona lifting its stay-at-home order, Hobgood Facial Plastic Surgery is open for all surgical and nonsurgical procedures, including consultations at our office. We're following all state and CDC safety guidelines and taking extra steps, including social distancing, face masks worn by staff at all times, and an option to check in from your car. Send us an email or call (480) 418-6415 to request special accommodations. We still offer virtual consultations for patients who prefer to limit their visits to our office.