Otoplasty: Plastic Surgery for the Ears 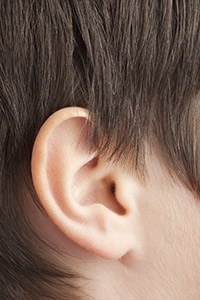 You already know that your ears play an important role in how your body functions; in addition to providing your sense of hearing, your ears are also responsible for your sense of balance and safety. For thousands of people, ears also play a role in how they feel about their appearance. Ears with a “normal” shape and size don’t attract a lot of attention, but having ears that are large, prominent, or disfigured is like posting two big bulls eyes on the sides of your head: people tend to notice.

Otoplasty is a form of plastic surgery that is specifically designed to change the way that the ears are shaped so that they don’t draw negative attention to themselves. The procedure has actually been around for centuries, but didn’t really emerge in the modern plastic surgery world until the end of the 20th century. Changing the shape and size of the ear involves changing the shape and position of the cartilage and soft tissue.

The most common problem that brings patients in for otoplasty surgery is prominent ears. This is a genetic condition that affects about five percent of the population in which there is an excess of cartilage behind the ear, causing the ear to stick out from the side of the head. Individuals with prominent ears are often teased for looking like an elf or Dumbo. Otoplasty corrects this problem by carefully removing some of the cartilage that connects the ear to the head and then pinning the ear back so that it doesn’t stick out as much. Prominent ears can appear very early on in life, which is why otoplasty is often performed on children before they can be subjected to bullying.

Though the names sound similar, large ears are actually different from prominent ears. Prominent ears can have a proportional size and shape even when they stick out too far from the head. Large ears, however, can be pinned back close to the head but still have an abnormal size and shape. Cartilage continues to grow throughout a person’s life, which is why you often see older people with large ears and noses. Sometimes, however, large ears can present early. Otoplasty can change the size and shape of the ear by removing some of the cartilage from the back of the ear to make it look smaller.

Otoplasty can also be used to repair the earlobes. When earrings are ripped out or the lobe is torn from an injury or accident, it doesn’t always heal properly, leaving the ear disfigured. The earlobe can be surgically repaired so that it looks like it did before the injury.

Earlobes can also be damaged through stretching. One of the biggest trends to emerge in the past decade has been ear gauges – earrings that slowly expand your earlobes to create a hole in them. Unfortunately, removing the gauges does absolutely nothing to restore your ears to their original state. That’s because when the gauge is inserted, the soft tissue is displaced to make room for it. The tissue can’t just be put back in a normal position once the gauges are no longer worn. Otoplasty can create new earlobes by removing the displaced tissue and rebuilding the earlobe so that it looks normal again.

The ears are usually not noticed until there is something to notice about them. Otoplasty may not as well-known as Botox or nose jobs, but it can still have just as important an impact on the patient’s self-esteem. If you or your child suffers from prominent, large, or disfigured ears and you are interested in learning more about how otoplasty surgery can help, contact Hobgood Facial Plastic Surgery for help. Dr. Todd Hobgood has over a decade of experience and training as a plastic surgeon and dedicates his entire practice to facial cosmetic and reconstructive procedures. Using the latest surgical and nonsurgical methods, Dr. Hobgood’s goal is always to help you put your best face forward while keeping you safe and healthy.

With Arizona lifting its stay-at-home order, Hobgood Facial Plastic Surgery is open for all surgical and nonsurgical procedures, including consultations at our office. We're following all state and CDC safety guidelines and taking extra steps, including social distancing, face masks worn by staff at all times, and an option to check in from your car. Send us an email or call (480) 214-9955 to request special accommodations. We still offer virtual consultations for patients who prefer to limit their visits to our office.