Thank you for your interest in Dr. Hobgood.  Due to the overwhelming demand for other facial surgeries, he is no longer performing otoplasty procedures.

If you were born with or have developed uneven, large, or protruding ears, otoplasty with Scottsdale, AZ, facial plastic surgeon Dr. Todd Hobgood may be your solution. Also known as ear pinning, otoplasty is a type of cosmetic ear surgery that can be performed on both children and adults.

Otoplasty Before & After Photos 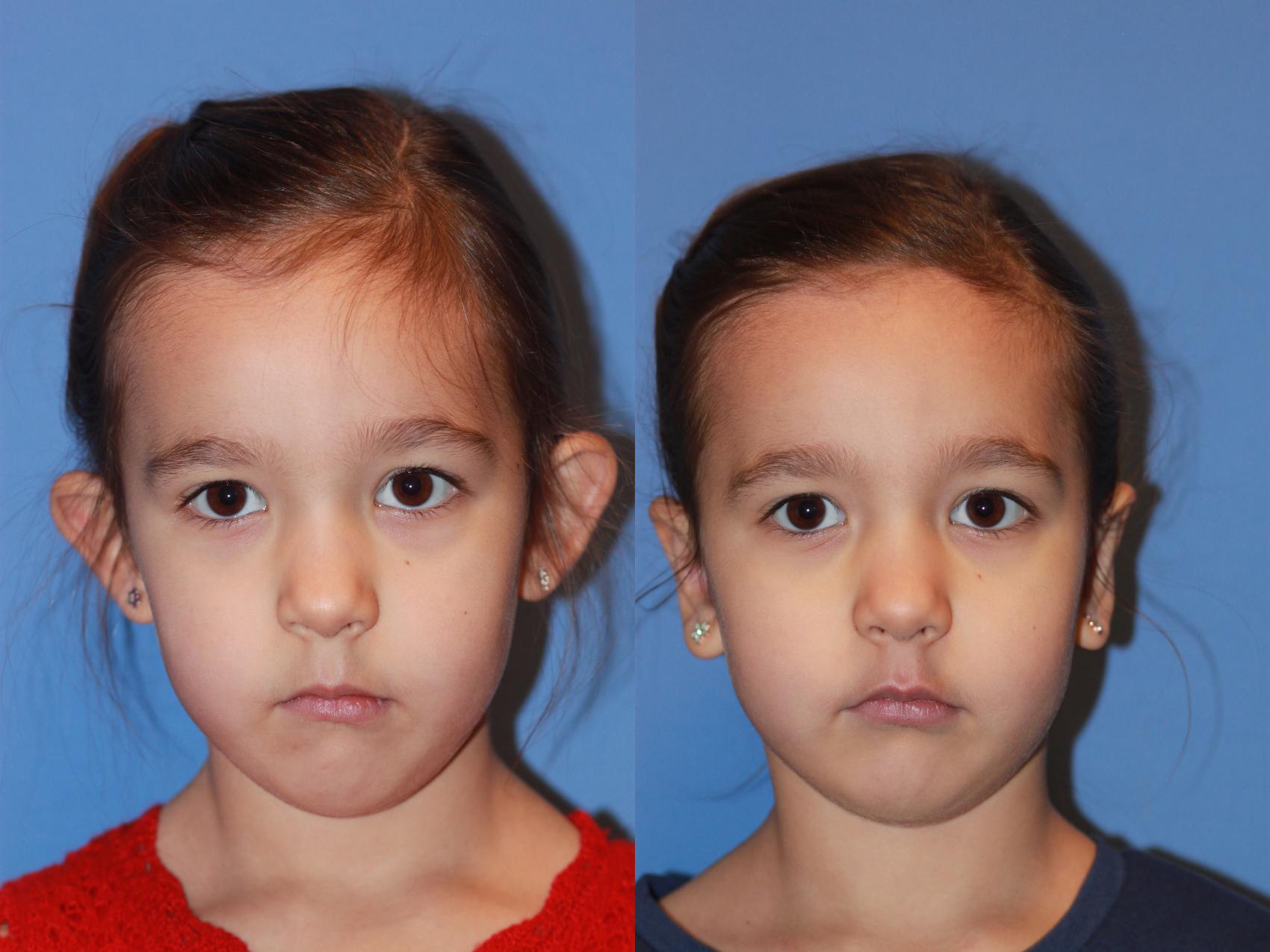 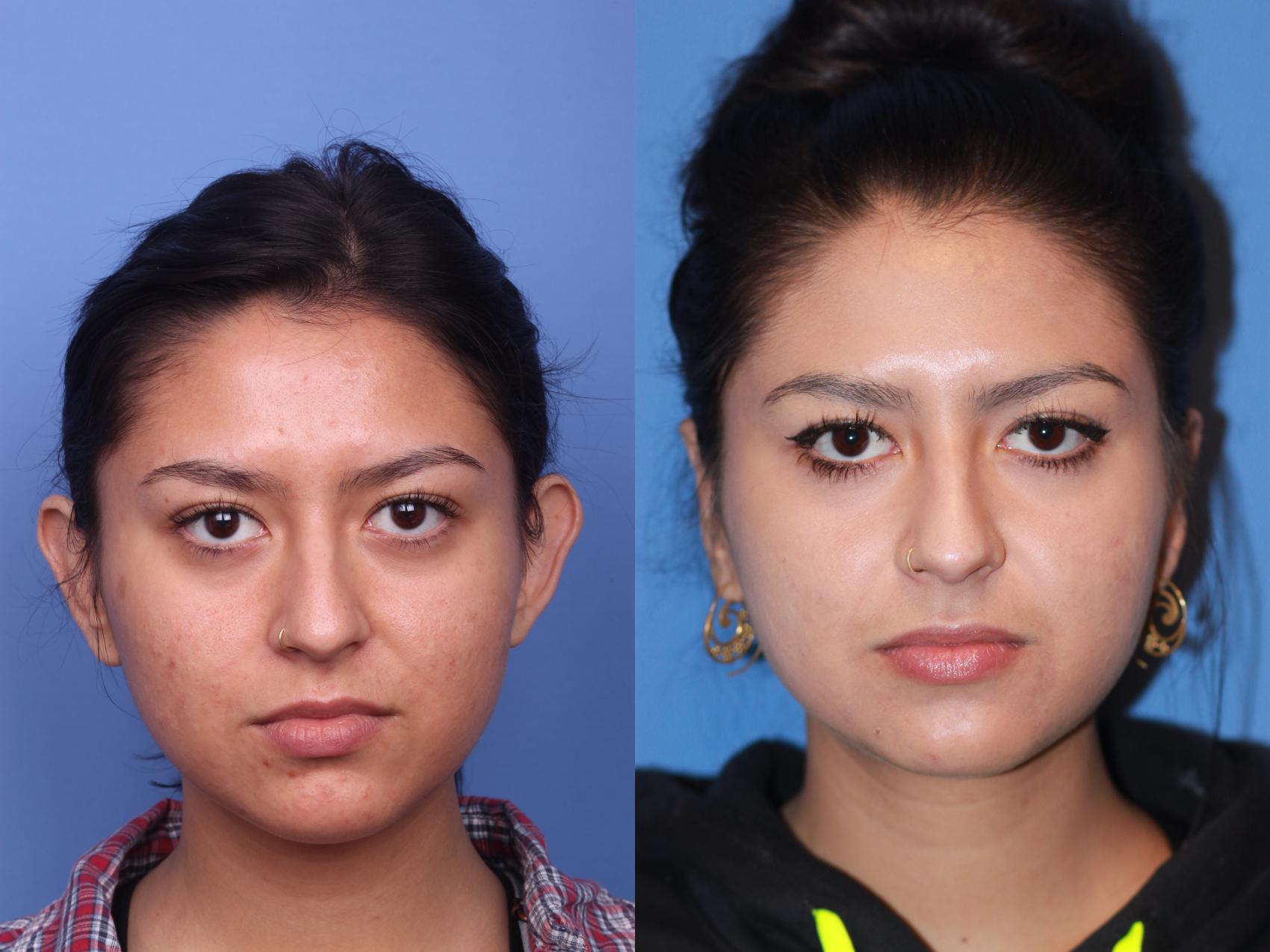 Bilateral otoplasty.
Before & After
Case: 4 of 5

Keep in mind that each patient is unique and your results may vary.

Otoplasty is a procedure performed to bring the ears closer to the head. Some of the more common reasons for considering otoplasty include:

There are different applications for the otoplasty procedure. For example, this surgery can be applied to those who have some sort of congenital irregularity involving the appearance of the ears. It can also be used for those with ears that are large in size, as well as when an individual loses all or part of their ear.

The otoplasty procedure is a way to deal with ear deformities or irregularities without the need for traditional methods such as growing the hair to cover the ears, or wearing hats or headbands. Having surgery also alleviates the stress associated with the insecurity of having large or protruding ears.

What Is the Best Age for Otoplasty?

Children should be at least 5 years old before having ear surgery. Adults of all ages may be good candidates as well.

Otoplasty involves the patient being under anesthesia. Children and adults are placed under a general anesthetic at a fully accredited ambulatory surgical center.  The tiny incisions are typically placed in the crease behind the ear; sometimes the incisions are placed the front crease of the ear. Through the incision, the surgeon can then reshape the flexible cartilage of the ears and reposition the ear closer to the head. Cartilage may also need to be removed during this procedure.  When the cartilage removal and repositioning is complete, sutures are used to close the incision. The procedure can last from 1 to 2 hours.

After the procedure, the patient’s ears will be secured in place with the wrapping of large bandages around the head for up to one week. Following this initial period, smaller dressings will replace the large bandages.

Dr. Hobgood combines his down-to-earth, personable demeanor with an artistic eye and technical expertise honed through thousands of surgeries, including more than 1,000 facelifts. He's recognized nationally for his leadership and has been honored by the American Academy of Facial Plastic and Reconstructive Surgery for his ongoing commitment to quality.

How Long Does It Take to Recover From Otoplasty?

Recovery typically takes between 1 and 2 weeks. Patients may return to work or school within a few days of otoplasty surgery.

Most post-operative instructions for otoplasty suggest limited movement and lots of rest. This will accelerate the healing process, thereby reducing the time needed for otoplasty recovery.

A Reputation Built on Results

Google
the process was very easy and pleasant. everyone who worked there was polite and very helpful, and Dr.Hobgood...
Jan 26, 2023

Google
Dr Hobgood deserves more than 5 stars! He takes the time to make sure his patients are comfortable and...
Jan 22, 2023

Most of the risks associated with the otoplasty procedure are the same as any other surgery that is performed using anesthesia. The incision can bleed, become infected, or become numb. Also, patients can react to anesthesia.

There are some specific risks associated with this procedure. Abnormal scar tissue can form, but can be corrected at a later time. Hematoma, or the collection of blood within tissue can also occur, but can be drained. The shape of the ear can be distorted due to overcorrection, and setbacks can occur where the deformity or irregularity reappears following correction.

To find out the improvements possible with otoplasty, request a consultation with Dr. Todd Hobgood or call our office (480) 418-6415 for an appointment.