What Makes a Person’s Face Look Masculine or Feminine? 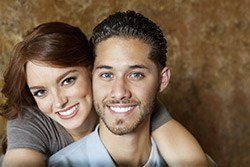 There has been a lot of hype in the news media lately about how a person’s appearance can be altered to make them look more masculine or feminine. Caitlyn Jenner and other transgender patients have been receiving a great deal of attention for their facial plastic surgeries and how they now look more like the gender they identify with. Though the focus recently has been primarily on transgender patients, facial plastic surgery can also help non-transgender patients achieve a more masculine or feminine look. But what is that defines a face as male or female? There are actually several facial features that have distinctive characteristics between the genders, all of which can be altered with one or more facial plastic surgery procedures at my Scottsdale, AZ, practice.

Noses: What makes a nose feminine? What is the perfect male nose?

Being right in the middle of the face, the nose is a primary indicator of a person’s gender. Male noses are usually larger and slightly more prominent than female noses. The nasal bases are typically wider in male noses, and the nasal bridge is usually straight or slightly arched. Male noses occasionally appear slightly crooked or have a minor dent, but this can give the nose a greater sense of character. What celebrity’s nose do most men request for rhinoplasty? CBS News reports that Jude Law, Josh Duhamel, and Ben Affleck inspire the most male rhinoplasty requests. On the other hand, female noses are usually smaller and narrower than men’s with a slightly concave profile.

The eyes and eyebrows are another of the most noticeable features on the face, as they are the most expressive. Female eyes tend to look a little larger than male eyes because their brows are slightly higher and more arched. Male eyes have a more deep-set and narrower appearance, and the eyebrows are usually straighter and bushier than female eyes.

Cheeks: Do women have fuller cheekbones than men?

The cheeks help provide some proportion to the face as a whole. Female cheeks tend to be more prominent than male cheeks and contain more fat deposits, giving them a rounder, fuller look than male cheeks. Male cheeks usually have a sharper, angular appearance and lie a little flatter on the face. Wondering if cheek augmentation or a facelift will give you the look you want? Our related blog post offers some advice.

Chins: What is the most attractive face shape on a guy? For a girl?

Like the forehead, this facial feature tends to be another strong gender indicator. Male chins have a more square and angular appearance than female chins. Males also have a heavier and wider jawbone than females. Female chins usually have a more rounded appearance, and the jawline is not as strong as on males.

All these features can be cosmetically altered using a wide variety of facial plastic surgery procedures.

These procedures can be performed individually or in conjunction with one another to help a patient look more masculine or feminine.

Dr. Todd Hobgood offers all these procedures and more at his private practice in Scottsdale, AZ. He has been a plastic surgeon for over thirteen years and concentrates specifically on procedures involving the head, face, and neck. Dr. Hobgood specializes in most of these procedures and is a double board-certified facial plastic surgeon by the American Board of Facial Plastic and Reconstructive Surgeons and the American Board of Otolaryngology-Head and Neck Surgeons.

To schedule a patient consultation with Dr. Hobgood, call (480) 418-6415 or use our online contact form to request a consultation.